Back to the Classics

In 1959 Golden Press published The Golden Treasury of Myths and Legends. It was a compilation of antique tales retold by Anne Terry White and illustrated by Martin and Alice Provensen. But several finds in the collections of University of Minneapolis, Minnesota, proves that Gustaf Tenggren was considered as an alternative artist for the book. A number of fully executed paintings depicting ancient gods of the greeks shows that Tenggren spent a whole lot of work in the belief that he would get the commission for this Giant Golden Book.
It is not known whether the Golden Press editors felt that Tenggren had more than enough of jobs for the publisher or if Tenggren just didn't have time to complete another Giant Golden Book. Around this time he would have been very busy completing the illustrations for one of his most beautiful books, Golden stories from Arabian Nights. The Provensens were earlier commissioned to do another classic,  The Iliad and the Odyssey, while Tenggren were to concentrate on two Anglo-Saxon classics: Chaucer's Canterbury Tales as well as King Arthur and the Knights Around the Round Table.
Upplagd av Lars Emanuelsson kl. 05:48 Inga kommentarer:

How it all started

Yesterday I had the pleasure to pick up another Tenggren painting for my friend, the Tenggren collector. 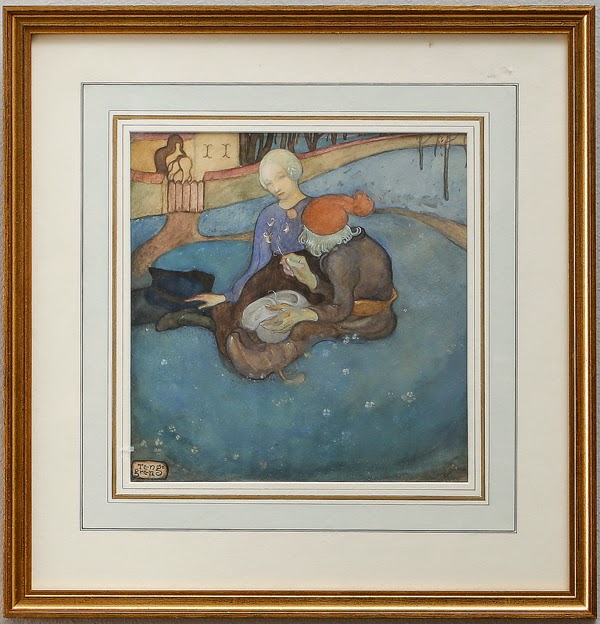 I know this painting very well and it was a delight to see that it was in such a good condition although painted in 1917, with its brilliant colors pretty well preserved. At the time, Gustaf was only 21 years old, still studying at Valand's School of Art,  and the influence from jugend and Ivar Arosenius is quite obvious.
This painting is quite special, since it is one of four made for the very first fairy tale illustrated by Tenggren in the series Bland Tomtar och Troll.

It was also the first time that a volume of this annual was illustrated by two separate artists. When John Bauer refused to continue illustrating after 1915, publisher Erik Åkerlund hired Anna Stenberg MasOlle, a friend of Bauer's and an idle contributor to Åkerlund's other publications. But after just one year, in 1916, he realized she couldn't fill out the role as Bauer's successor. Probably through a hint from John Bauer's brother, Ernst, Åkerlund let Gustaf Tenggren illustrate one of the stories and Stenberg MasOlle the rest.
The tale, The House Gnome's Bundle (Kvistvätten's knyte),  is written by Vilhälm Nordin. It's about a girl who plans to emigrate to the U.S.A. but realizes that the house gnome will move from the house too and take the luck of the household with him. That makes her stay home with her folks. The aim of the story was to stop the wave of emigration that threatened to drain Sweden of young laborers.


Her are the four illustrations, scanned from the book. 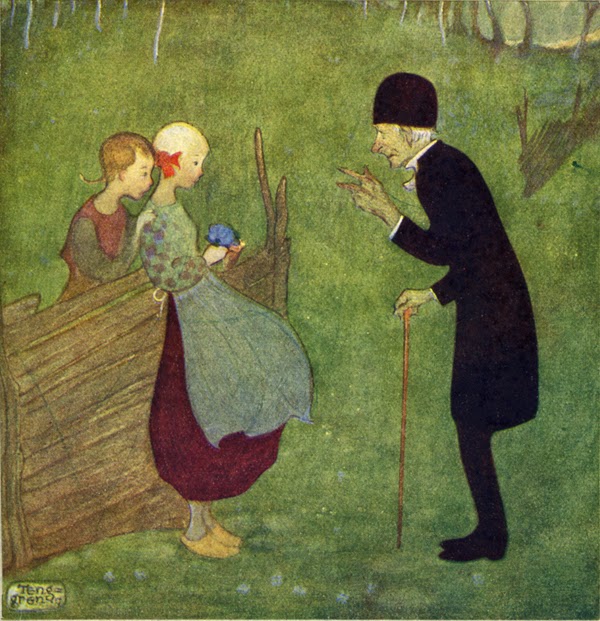 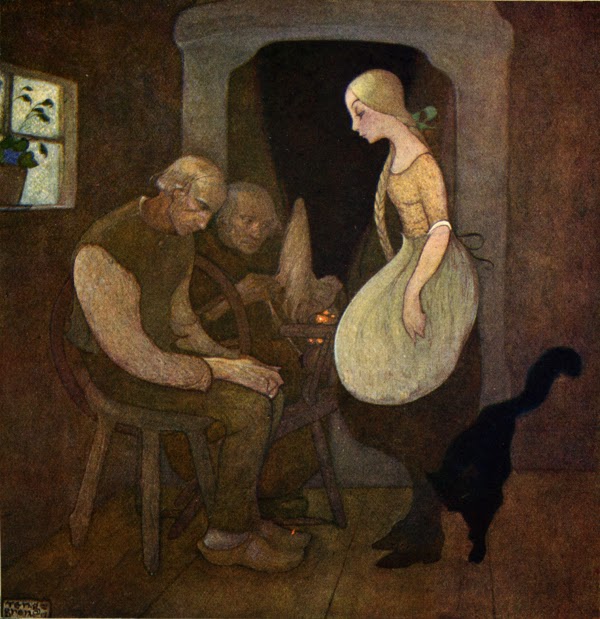 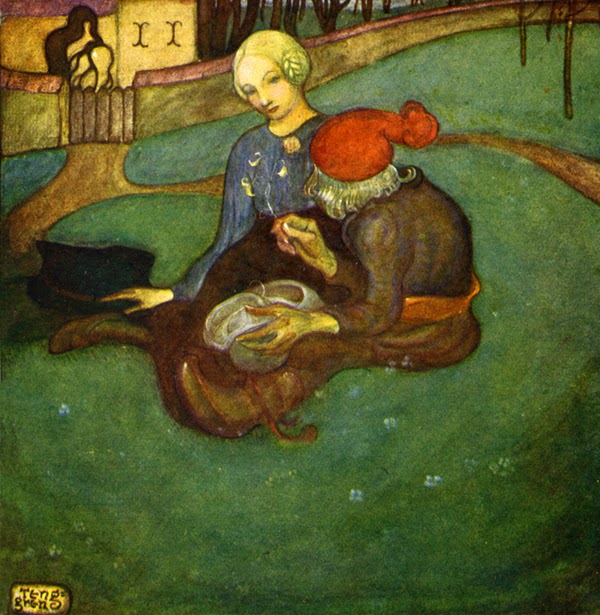 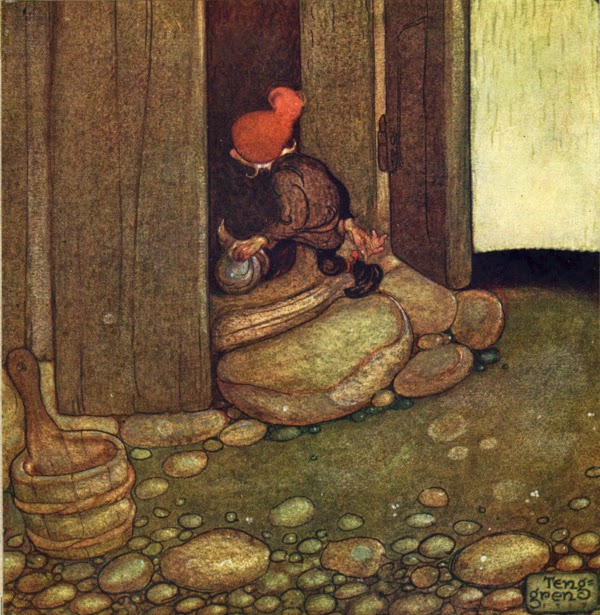 Although the novel didn't help much in stopping the Swedish emigrants for America, it was successful in another way. The year after, 1918, Erik Åkerlund let Gustaf Tenggren make the whole volume of Bland Tomtar och Troll. Tenggren was to continue the job for eight more volumes. The irony of it is that he made it from the U.S.A. where he moved in 1920.
Upplagd av Lars Emanuelsson kl. 00:27 Inga kommentarer: