A great addition to the canon of lauds on the early designers of The Disney Golden Years has arrived last week. Didier Ghez' "They drew as they pleased" is the first in a row of biography compilations, covering the foremost inspirational artists that gave the look and feel to the Disney movies through the years.
This first one in the series presents the most prominent artists of the nineteenthirties: Albert Hurter, Ferdinand Horwath, Gustaf Tenggren and Bianca Majolie. The research for the biographies are very thorough and present a whole lot of new data, and along with the spectacular images, of which most are so far unpublished, this book makes up a real treasury of knowledge, beauty and inspiration.
The book release is due for September 8, but it can be pre-ordered here. 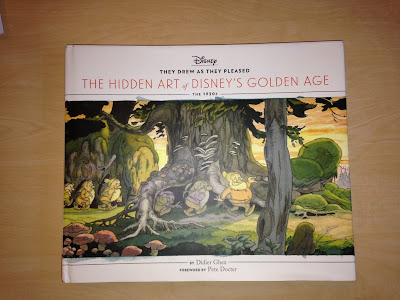 To the advantages of this publication may be added that it features some wonderful, hitherto unseen images of Gustaf Tenggren artwork. Also the front and back cover sports great Tenggren art which, in my opininon, is quite accurate. 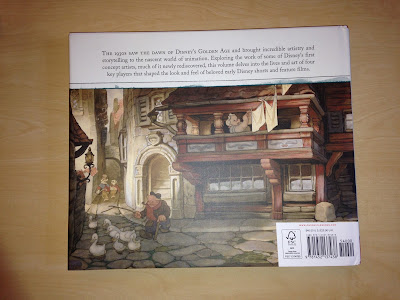 The first internationally published, and therefor possibly best known, works of Gustaf Tenggren are the illustrations for "Grimm's Fairy Tales". The 32 full color paintings were executed 1917-1920. In 1919, Tenggren even moved to Copenhagen while he was simultaneously occupied with another project for the publisher, "Jules Verne's Novels" in ten volumes, described earlier in this blog. The four last of the Grimm paintings were delivered to Jespersen from Cleveland, OH, after Tenggren's migration to USA in the summer of 1920. One of them, with the two trolls, was supposedly included in the small group of three, sold at Bruun-Rasmussen's Auction House in Copenhagen yesterday, August 4th, 2015.
The two-part volume of the Grimm tales was produced by Jespersen's publishing Company in Copenhagen, who published it in 1923. But already in 1922, it was published in Sweden by Bonnier's, indicating a co-operation between the two publishers. Later it was also published in Norway and in 1925 in Germany, this time in one volume by the name of Grimm's Märchenschatz.
Apparently Tenggren's original paintings for the book was presented to the new owner after Jespersen's divestment of the company to Lindhardt og Ringhof publishing company in the early 1980ies. At that time, about a half of the totally 32 paintings was sold at Bruun-Rasmussen, but the owner obviously saved these three treasures at the time. They are surely some of the very best from the collection, and we can only wait for the remaining some ten pieces to surface.