During his first years in New York in the 1920ies, Gustaf Tenggren was fastly reaching a position as one of the most sought-after illustrators. Many of the advertisement commissions had a historical or mythological connection, and Gustaf Tenggren was a master at rendering historical clothing and props. Starting in 1926, Rogers Bros Silverware company hired Gustaf for a series of ads, depicting pirates hunting for treasuries, led by a young woman as their pirate queen. In 1927, a brochure was produced in the form of a story book, illustrated with a number of Gustaf's paintings used for the ads and with new pages to accompany them. The book is small, only 11x16 centimeters, but still quite powerful, especially the imposing cover. Here is the total set of spreads. Ahoy! 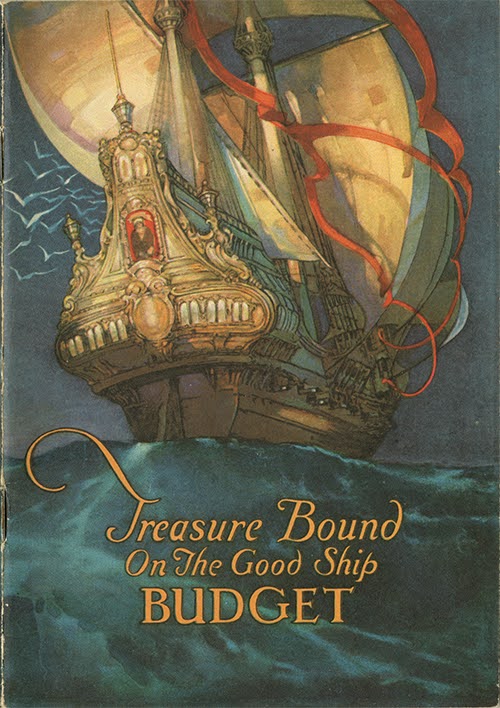 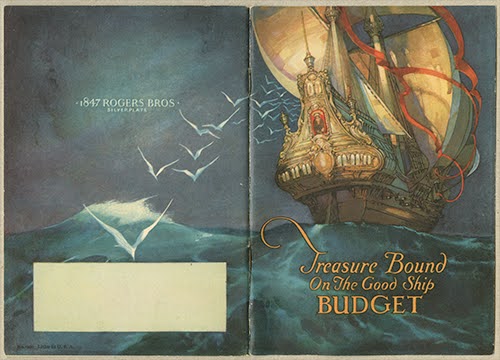 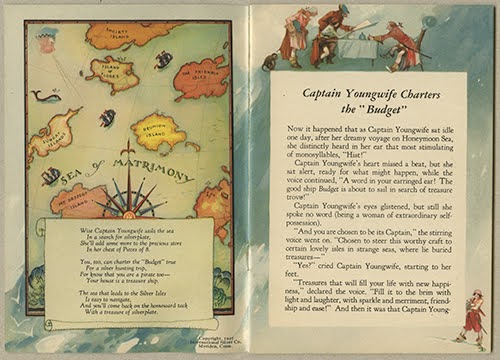 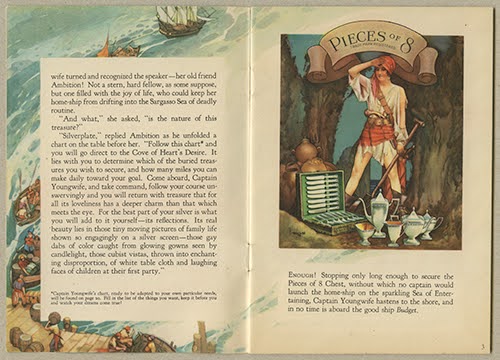 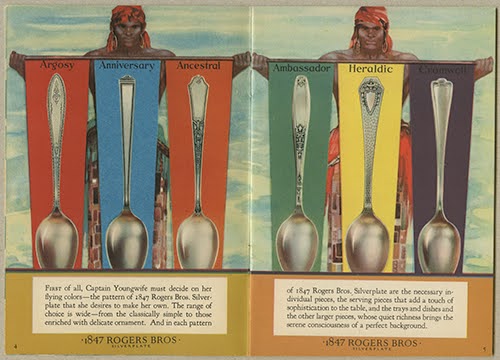 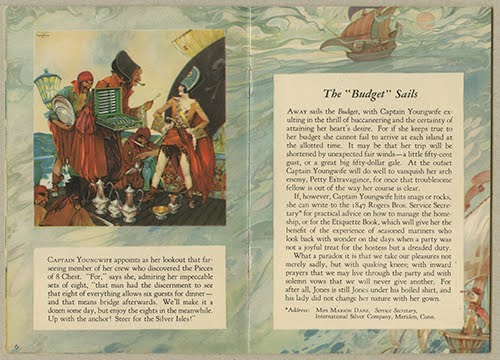 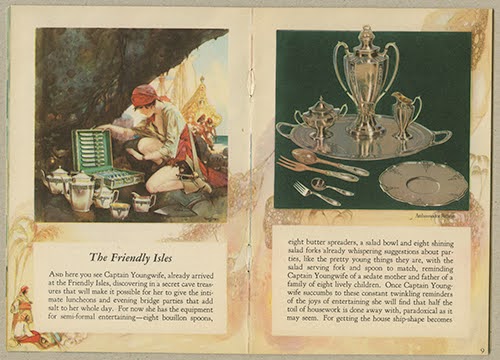 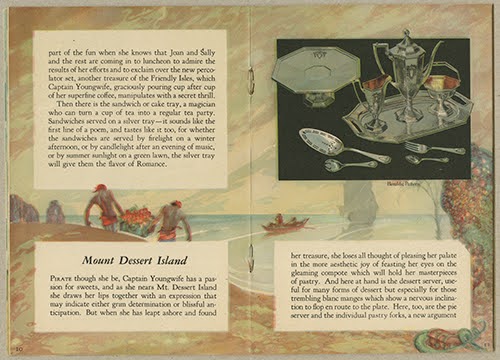 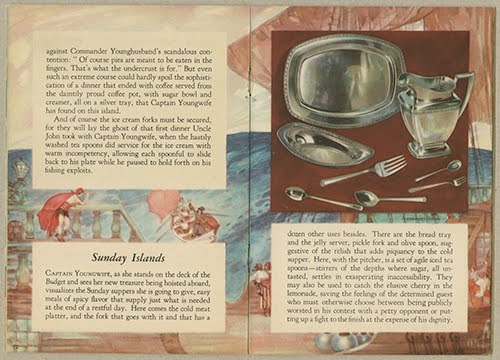 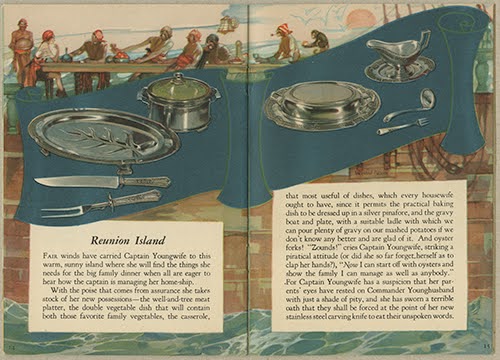 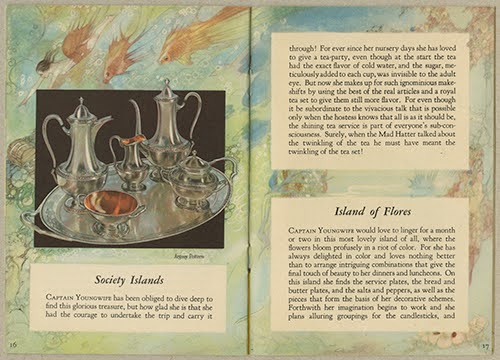 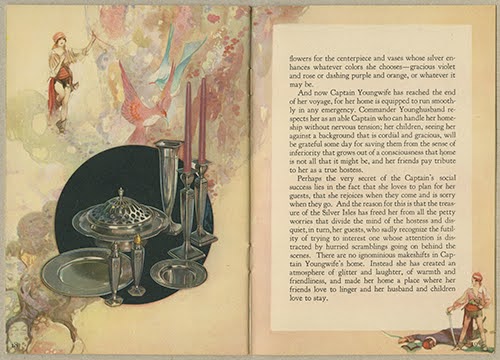 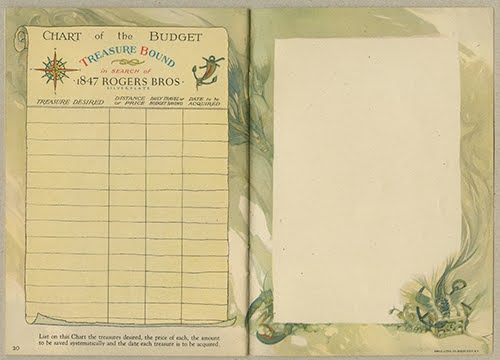